The recent rise of nationalistic movements and political parties all over Europe has exposed an issue which has been troubling the European Community ever since its conception. The stark crudeness of the simplistic solutions to complex problems, proposed by nationalists – usually some version of national sovereignty, isolationism and protectionism – exposes the lack of comprehensive and clearly defined common values, behind which the pro-Europeans could rally. The asymmetry is ubiquitous and hard to tackle. After all, even the motto of the EU suggests that diversity is one of the key strengths of Europe. However, the lack of the set of values that are close to most Europeans contributes to the overall sense of alienation and distance from Brussels and the European Union as such. That is why people so often fall prey to the populists who capture them much more easily, playing towards the nationalistic sentiments. The concept of being a European is elusive and impersonal to many. It’s another piece in the mosaic of the most burning issues of the EU – the perpetual inability to shift the stance on most people from the insistence on the nation state and national sovereignty in every aspect to embracing a more open, unifying attitude; coupled with further integration.

Values that bind us

However, it could easily be argued that there are some concepts and values that are unique to Europe but common to every European country. First and foremost of them is the welfare state and the notion itself that the state is responsible for its citizens in further aspects other than merely the protection and the rule of law. Even the US, which is by all means and standards the closest country to Europe in terms of culture or societal norms, has a very different grasp of the welfare state. Same applies in a larger extent to the rest of the world with some notable exceptions in the cases of Canada, Australia and New Zealand – all former British colonies – and Israel, a state build by the Jewish immigrants from Europe and with European help.

Another uniquely European value which is at the same time common to all European countries is secularism. In this case, United States do not come even close – every American president so far has been a Christian (or, in the case of Barack Obama and Donald Trump, had to at least vehemently pretend to be Christian to maintain any chance of being elected). It is no coincidence that the President of the United States has to swear on the bible during his inauguration. Although Europe is the cradle of Christianity, we have erased the influence of religion from our political institutions and separated the Church and the State. Yet again, that is something hard to come by in the rest of the world.

What goes hand in hand with secularism and what I would argue is also a uniquely European value is the notion of openness, tolerance and respect. We have separated the church and the state in the past but we have established and kept the religious tolerance and the principle of equality and non-discrimination. The values of the French revolution – liberité, egalité, fraternité (liberty, equality, brotherhood) – have been adopted with various success all around the world but they originated and flourished in Europe. Europe leads the world both in plurality and inclusiveness of its society.

To me, these are the European values, something that Europe as a whole stands for and what is worth preserving and fighting for. Something behind which we can unite as Europeans and what, at least today, sets us apart from the rest of the world. Something we can and should promote.

Now we move to the other part of the argument – how exactly to maintain and preserve these values and the institutions that represent them. We start from a brief economic analysis. If you take the world GDP at current prices in 2016, the 28 member states of the European Union accounted for about 22% – second largest share just after the United States. Both have seen a downward trend in their world GDP share in the recent times – US dropped from 30.6% and the EU from 26.5% in 2000 with the difference mostly going to China, which rose from 3.6% to last year’s 15%. Individually, only Germany  from all the member states of the EU can measure up on the global scale at around 5% share of the world GDP. All other European countries suddenly become rather insignificant. (It is also noteworthy that the EU accounts for 50% of total welfare expenditure in the world, substantiating the welfare argument used earlier).
However, if we look at the world GDP projections by 2040, we discover China taking over, US falling down and even the leading EU states (France and Germany) losing places. In the same projection however, the EU manages to cling on to the second place and even overtakes the United States. The EU then, it seems, is the only chance European countries have to remain relevant.

Some would of course disagree – the notion of the European unity has been extensively criticized throughout its entire existence. Maybe the most common counterargument against the EU usually comes from the conservative camp and includes the national sovereignty and/or the national interests. However, this idol of the Realist school of thought in the International Relations seems to be seriously lacking clarity and can be extremely hard to define. Admittedly, it is difficult to argue that the EU indeed does supress the national sovereignty, although only to a rather small extent in the contemporary arrangement (it could also be well argued whether it is a bad thing at all). The primacy of the EU law and the principle of conferral leading to supranationality of some institutions in some areas does constitute some reduction in terms of the sovereignty of the national power.
With the national interests though, things become rather fuzzy. Firstly, how do you define national interests? Is it the interest of the majority of the citizens? If I am a die-hard EU supporter and my neighbour is staunchly Eurosceptic, what is the national interest? Is it the mean of the interests of each and every citizen? Is it the median of the interests, or perhaps their mode?

It becomes even weaker once you start talking about smaller states like the Baltic countries, although I would suggest that this logic applies to every country in the world. Say we define the national self-interest as the well-being of the citizens (a reasonable definition in my mind). Aren’t the countries like Estonia or Lithuania better able to protect their national interest as a member of the European Union rather than individually? Think of the negotiating positions for the international trade deals and the subsequent access to the single market. Think of the possibility of regulating large corporations without having the EU with the competition policy. Would any state be really able to get better results in protecting their national interests on their own?

The last question is not purely rhetorical. We will soon see the answer unfold in practice as the UK prepares to leave the European Union. Many prominent figures of the Leave campaign, including Foreign Secretary Boris Johnson, have boasted that Britain will actually do much better once its capability is not harnessed and restricted by the straightjacket of the EU. The same people have regularly mentioned the national interests in their public appearances, often in relation to things like the National Health Service, regional development or consumer and worker protection; all areas in which the EU and its institutions (such as the four freedoms of the Single Market) played crucial part. We shall see if the UK does indeed do better without the EU, although I honestly doubt it.
Isn’t in fact being a constituent member of a larger whole the only way to be genuinely able to protect the national interests in an increasingly volatile, uncertain and competitive global environment? Many experts agree that the 21st century is the century of Asia – not just China, which is projected to eventually overtake the US as the world’s largest economy but also India, Indonesia, Malaysia and the ever-present South Korea and Japan. The fact of the matter is that the Western countries will inevitably see their strength, economies and influence largely diminished in the relatively near future unless they decide to stick together and act in a cohesive block – which is exactly what the EU is.

The notion that the game of national interest is always zero-sum and that one’s gain must always constitute some else’s loss is backward and outdated. European Union is the prime example of how the interstate cooperation creates mutual gains which benefit all of the involved parties and often even spill over.

Finally, coming back to the European values, I firmly believe the same logic applies in this case. Not only do I find the claims of European Union erasing the national culture, identities and tradition that crystalized over the past centuries completely baseless and false. I am in fact convinced that the EU is in fact the only way to prevent these characteristics from disappearing. The brilliant thing about the united Europe is exactly that it allows us to maintain and protect the values that are unique to Europe and that we all consider important.

That is the main point of the European Union. Only a few would doubt that the Western world will gradually lose its dominance – a process that is already unfolding in front of our eyes today and that is unlikely to be reversed. Separately, each European country is insignificant. It is only together that we can preserve the European values; that we can protect the “national interests”, whatever they are. The notion that sovereign nation states by themselves are somehow better equipped to make their voice heard and maintain their strength in an increasingly globalized and fast-paced world is borderline lunatic. It is naïve to think that any European country is better equipped to protect any individual characteristics on its own in the face of growing influence and dominance of countries that are completely different, historically and culturally. Instead, one of the main functions of the EU is to maintain and protect what one of my friends called the “meta-cultural interconnectedness” (and I’m still struggling to come up with a better name) in the increasingly globalized world – we are first and foremost European and despite the national characteristics (which are by the way supported and promoted by the Union rather than being supressed), we are much more akin to each other than to Americans or Africans. The rest of the world looks up to our democratic tradition, quality of education and life as well as the values mentioned above. I find it very hard to believe that we will succeed in the future any other way than standing united together. 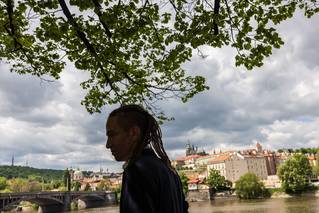 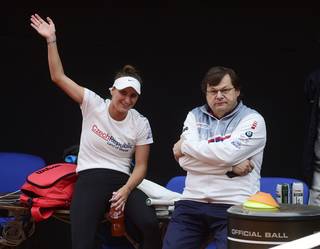 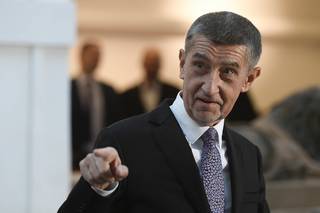 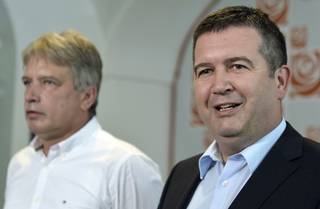 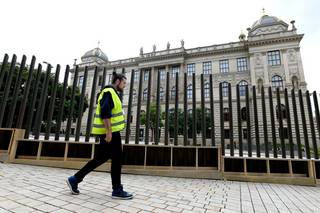